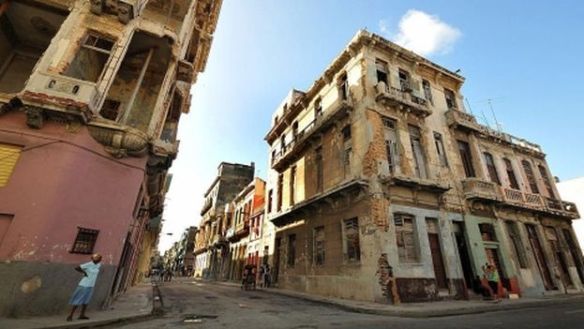 Limiting wealth requires specifying how much a person can possess and where the prohibitions begin. (EFE)

14ymedio, Generation Y, Yoani Sanchez, Havana, 6 June 2017 — Almost a quarter of a century ago, the government launched a battle against illicit income that ended with the detention of dozens of criminals but also of prosperous entrepreneurs. During the dreaded Operation Flowerpot, you could be denounced just for having a freshly painted house, wearing new clothes or sporting a gold chain.

Popular humor has coined a joke that describes the arrest of a “New Rich” in 2030, where the infraction is possessing three cans of condensed milk and two brooms. Jokes like this point out the weakest part of the raids against the well-to-do. What’s the starting point for someone to be considered wealthy or a hoarder?

The relativism surrounding such definitions has come to the fore again during the last extraordinary session of Cuba’s Parliament, which supported a prohibition against accumulating property and wealth. Such limitations remain to be expressed in a law that establishes a clear limit on the possession of material goods.

The deputies of the National Assembly could see fit to define the amount of money that the savers will be allowed to keep in their bank accounts, how many clothes they can hang in their closets, the number of pairs of shoes they can wear and even the amount of shampoo they’re permitted to use when they wash their heads…

Such an enumeration seems absurd, but limiting wealth consists of specifying the quantity allowed and where the prohibitions begin. Without these exactitudes – generally ridiculous and elusive – everything remains in the realm of subjectivity, at the mercy of the whims of those who apply the punishments.

To add moisture to that legal swamp, the champions of such bans are, in most cases, people who do not even have to put their hands in their pockets to buy food. They live on privileges, free supplies and perks that insulate them from the daily life and the hardships of most Cubans.

They, who have accumulated all the wealth, fear that someone who has not assaulted a barracks, wielded a gun or shouted slogans, could move in a few feet from their mansions, run a hotel more competitive than those run by the Armed Forces and manage – and this is their worst nightmare – to have the economic autonomy to launch a political career.

4 thoughts on “The Swamp Of Wealth”